The opening of Liverpool graveyards:-

By the 1820,s church yards were overcrowded three privately run cemeteries were opened.

In the 1850s overcrowded parish graveyards were closed and large municipal cemeteries were opened on the outskirts of the town.

Some of the cemeteries had separate denominational sections, C of E, R.C, and Nonconformist.

Until 1885 cremation was illegal in this country. The Liverpool Crematorium was opened at Anfield Cemetery in 1896. 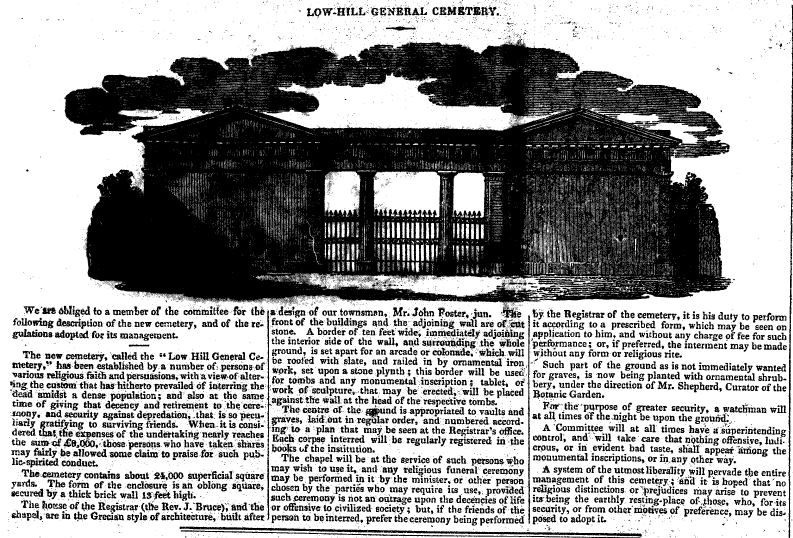 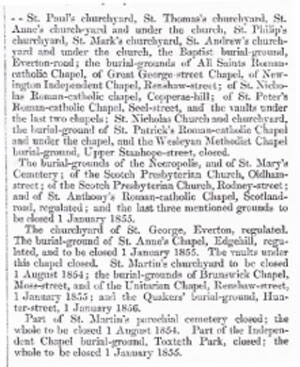 St Bartholomews Roby burials up to 1900

Extracts from Childwall burial index and some MIS

A philosophic and self-possessed ships captain was passing through a graveyard at midnight, when a sheeted ghost rose up from behind a tombstone, and approached him with menacing gestures. The Ancient Mariner coolly raised his stick and gave it a crack over the head, asking, What it meant being out of its grave at so late an hour?