Liverpool awards by the Liverpool Shipwreck and Humane society

Silver medal and certificate to:-

PC John SOMERVILLE, Birkenhead police, attempted to save a boy drowned in the Birkett.

Idwal Wynn HUGHES, dock gateman, 99 Richmond Park, Liverpool, attempted to save the life of a man drowned in the Canning dock.

When St Marys Church, Highfield was ablaze in the severe raids of May last year Mr OWENS showed initiative and courage in marshalling 650 people sheltering under the church, shepherding them to safety in other shelters.

Mr MOORE and Mr OATES showed courage in rescues in the South End of the city during a more recent raid. Mr MOORE was off duty and rushed to the scene in minutes after a bomb fell, he attended a man and woman taking them to safety. Mr OATES directed operations to rescue a woman trapped in a wrecked house and lay in an exceedingly dangerous position to saw a floor joist.

Hasting’s Watch Committee have unanimously decided to appoint Inspector Angus Gordon CARGILL of the Liverpool City Police as Chief Constable of Hastings. There were 43 applicants for the post which carries a salary of £700 rising by a bi-annual increment of £50 to £9,000

Inspector CARGILL, who is 34, was awarded the B.E.M in last year’s New Year’s Honours list and was educated at Morgan Academy Dundee, the R.A.F, college at Cranwell, St Andews and Liverpool University. He was appointed Constable in the Liverpool Police Force in April 1928, forming both police control and fire brigade duty. He was promoted Sergeant in April 1934, becoming an instructor in Liverpool’s £20,000 police training school. In July 1939 he was appointed Inspector. 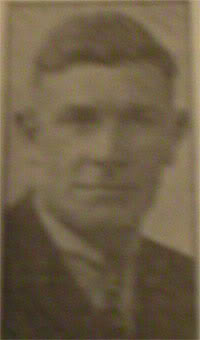 A Liverpool Captain, W. E. R. Eyton JONES. OBE, who brought 58 survivors from two sunken vessels 500 miles to safety, figures in today's list of Lloyd's war medals, for bravery, he was awarded the OBE in February for the same deed.

Capt JONES is 47 and lives at 349 Brodie Ave, Liverpool, his ship was torpedoed by a submarine, in addition to his crew he carried to safety in an open boat 25 survivors he had picked up 4 days previously from another stricken vessel. The lifeboat sailed for 13days over 500 miles in a tropical sea, rations were limited to a dipper of water and a biscuit a day.

Col Ivan Pringle BRICKMAN, Royal Army Pay Corps, Chester has been made an additional commander of the OBE for gallant and distinguished service in the Middle East.

For their heroic work in saving 88 lives from 6 ships in August and 44 lives from another ship in October, Coxswain Henry BLOGG, treble VC of the Lifeboat Institution and other members of his Cromer crew received presentations from their fellow townsmen and other subscriptions last night.

Early this month Coxswain Henry BLOGG, treble lifeboat “V.C” and holder of the George Cross said, he would resign from the lifeboat service rather than go to sea with an amateur crew, at a private meeting of the crew called by Sir Thomas COOK. M.P. Two of his crew Robert and Dick DAVIES are being called up this month and three have already been called up.

Margaret LLOYD, aged 10 of Fosbrook St, Chester received a certificate when William ELLIS, aged 8 fell into the water, the girl caught hold of the boys hand and helped him on to the bank.

For gallant and distinguished service in the Middle East the M.C, has been awarded to Lieu [temporary Captain] Lancelot James BRADDOCK, Royal Regt of Artillery of Great Crosby, Liverpool.

Lance Corpl George Leonard RIMMER, R.A.S.C of Birkdale gets the DCM in recognition of gallant and distinguished services in Burma.

Among those who received the George Medal from the King at a recent investiture was Stewart WOOD, aged 17, a Chester Home Guard, who distinguished himself in company of another youth Derek BAYNHAM of Walton-on-Thames [now a private in the army] by a gallant attempt to rescue a Polish airman from the sea at Rhosneigr, Anglesey in August last.

BAYNHAM also received the George Medal and the King remarked they were both very young to be receiving honours "You both did very well, keep it up he added."

Stewart WOOD, son of Major Geoffrey WOOD, 2nd in command, 6th Bat Cheshire Home Guard, residing in Glan Aber Park, Chester was spending a school holiday at Rhosneigr when the aeroplane crashed into the sea, two airmen got ashore but despite the efforts of both boys who went out in a boat the 3rd airman was washed off the plane and drowned. High seas were running, 11 men lost their lives attempting to save him, the boys boat capsized and they were two hours in the water before being rescued.

The Distinguished Service Cross has been awarded to Lieut V. N. S. DAVIES, R.N.R, Fleet Air arm, of 55 Claremount Rd, Wallasey, reported "missing in a most important and hazardous operation in the Eastern Mediterranean" for "outstanding zeal, courage and devotion to duty in many operational flights against the enemy over Mediterranean waters."

Prior to his flying duties Lieut DAVIES was attached to the destroyer COSSACK under Admiral VIAN and was in the ALTMARK boarding party. He later joined his old ship HMS, AURORA, going into action at Narvik, when he was commanded by his commanding officer who wrote, "He would go anywhere and do anything"

Lieut DAVIES is married and has two young children, he is the son of Capt E. Vaughan DAVIES, DSO, OBE, his brothers are Lieut Dai DAVIES now serving in the Far East, and writer, R. I. P. DAVIES who is in the Royal Navy, played for Wallasey Cricket Club, another brother is in the Merchant Service.

Ordinary Seaman George BROOMFIELD aged 19 of Mill St, Dingle, Liverpool was presented yesterday with the Royal Humane Society's parchment for saving life, at the offices of the Lamport and Holt Line by Sir Thomas BROCKLBANK, chairman of the Dock Board.

Sir Thomas said that on a dark night in January last during a gale at an Irish port, BROOMFIELD dived off a ship on which he was a passenger to the rescue of a soldier who had fallen overboard, and supported the man until a boat came to rescue them. The act was particularly brave by BROOMFIELD as shortly before he had been rescued from his own ship which had been damaged by enemy action.