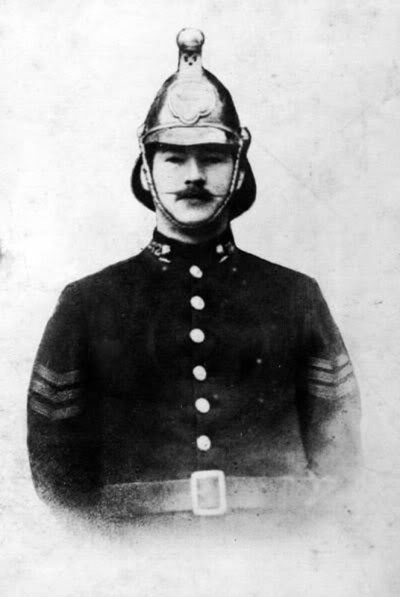 Funeral of Fireman killed in Liverpool

On Saturday, the body of Fire Sergeant, Robert KEWIN, of the Hatton Garden, Fire Brigade, who was killed on Tuesday by the collapse of a wall at a fire in Hanover St, Liverpool, was brought to the Island for burial. The deceased, who was only 38yrs old, was a son of Mr and Mrs Robert KEWIN of Kingswood Grove, Douglas, and had been a member of the Liverpool Fire Brigade for 18yrs. His remains were escorted to the Isle of Man steamer by a large number of the Brigade and the Liverpool Police, and a squad of the Brigade accompanied the body to Douglas. On arrival the deceased was met by the Douglas Fire Brigade and a squad of the Insular Police, and the coffin was placed on the new motor, fire engine, and was conveyed to St Matthews church, where a short service was held. The interment was at Braddan.

A striking tribute was paid on Saturday morning to the memory of Police Sergeant Robert KEWIN, who was killed by falling debris while making an inspection of the gutted premises of Messers Ayrton Saunders and Co, drug merchants Hanvover St, Liverpool, on the previous Tuesday. Deceased was very popular among his comrades in the fire brigade and police force, was a native of the Isle of Man, and his remains were taken from the Olive St, Bridewell, where he resided, to the Isle of Man boat.

At Liverpool the cortege was headed by the police, followed by the Police Band playing the, Dead March, behind came a horse carriage bearing the coffin covered with a red pall, bearing many wreaths. At the rear of the private carriages were fire engines from, Liverpool, Birkenhead, and Bootle, and large bodies of men representing these brigades and that of Wallasey, and also the Liverpool Salvage Corps and the Water Department.

The squad from Liverpool Fire Brigade consisted of about eighty men headed by Chief Supt A. W. WEIR and four officers. 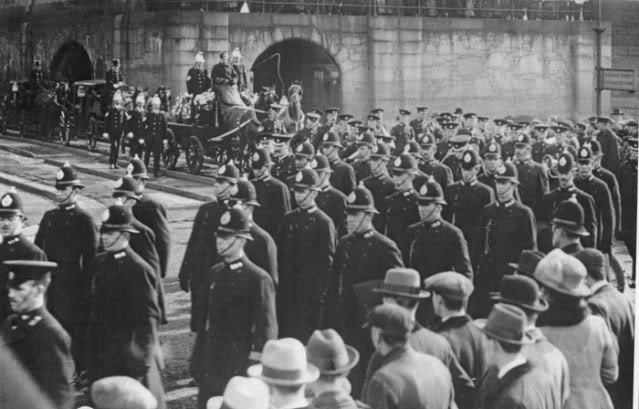 The Funeral of Robert KEWIN
Courtesy MF&RS
The funeral arrangements were carried out by Messers Thomas PORTER and Sons.