Emigrant statue, Albert Dock
Adventures of a transported convict, Charles Adolphus KING
Leaving of Liverpool, Letter from a young man on a voyage to United states 1848

Letter home from the "diggins" California 1849
Steerage passengers, The Graphic
Conditions for female emigrants to Australia 1850

Voyage of the RATTLESNAKE and rescue of a Scottish woman emigrant, March, 1852

Accident to the steamer Nimrod and plight of emigrants 1853

Departure of the TORNADO to New Zealand, June 1859

Letter home from a soldiers wife on a voyage to India, Jan 1860

Emigration of Jewish refugees from Liverpool, 1882

Dr BARNARDO, Judgement at the House of Lords 1892 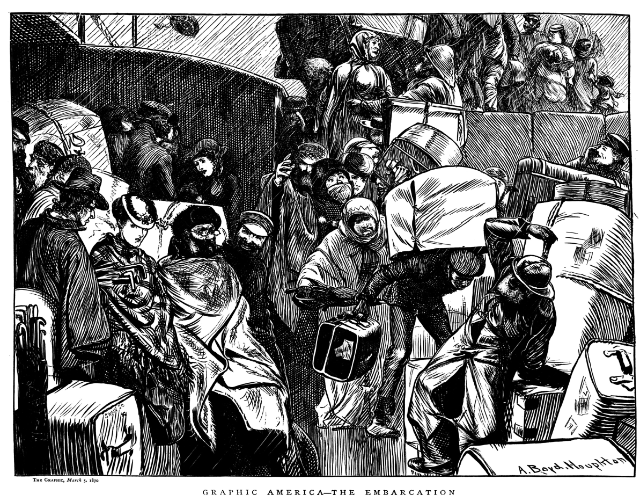 On board an emigrant ship, The Graphic, embarkation.