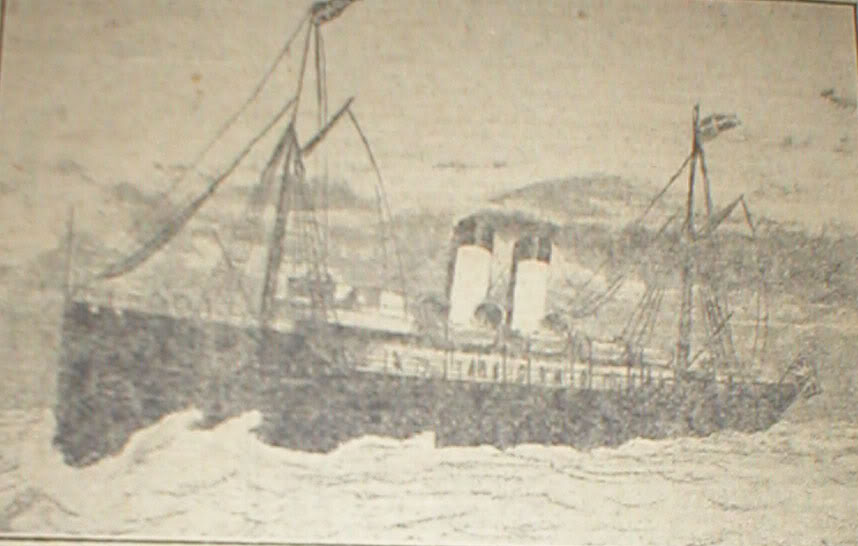 TERRIBLE WRECK ON THE HOOK OF HOLLAND 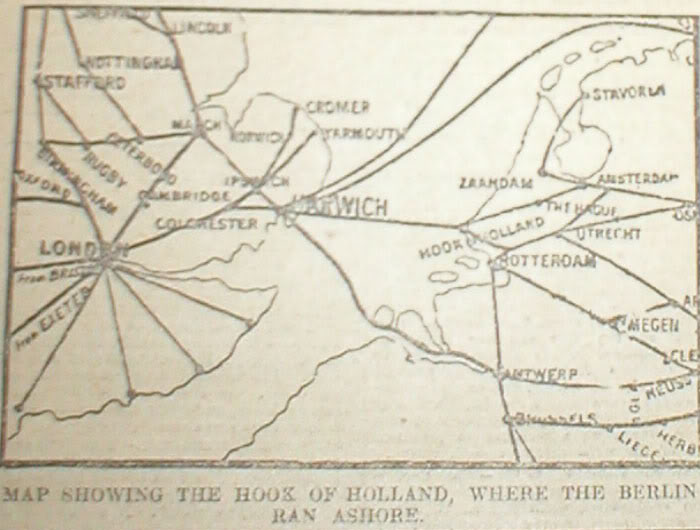 A Rotterdam telegram Thursday, reports that the Great Eastern Railway Co's steamer BERLIN, from Harwich for the Hook of Holland had stranded at the North Pier and broken up. There were 91 passengers and 50 crew on the stranded steamer, which stranded close to shore. There was every hope that all on board would be taken off, but the heavy seas soon caused the vessel to break up and with a few exceptions all on board were drowned.

The agents of the Harwich, Hook of Holland Line at Rotterdam state that the BERLIN had on board 120 passengers and 60 crew. At 11am, 25 bodies had been washed ashore, 2 men had been saved, one an English man described as 2nd steersman. He was carried in an unconscious state to the Hook of Holland, Hotel.

Lifeboats tried in vain to reach the shipwrecked vessel. A few persons could be seen clinging to what was left of the steamer. The stranding happened at 5.30am.

The passenger list supplied by the Great Eastern Company for whom accommodation had been reserved, not an official list that all were on board as Mr LETTENDING who had a passage was safe in London.

The crew belonged to the most part Harwich, Parkeston and district.

Mr BUSK manager of the Continental Dept, of the Great Eastern Railways, says, Capt PRECIOUS was the senior Captain of the fleet, an old servant having risen from the ranks. He could only account for the weather being the cause of the disaster a terrific gale was blowing at the time.

Among those who perished is Mr Arthur HERBET one of the King's messengers who was making a journey to the Continent. 19 members of the German Opera Company who had recently fulfilled an engagement in London.

Mr and Mrs SERABSKI resided in Arundel Ave, Sefton Park, the husband was a commercial traveller, aged 36. Their journey to Rotterdam was in order that Mrs SERABSKI might meet her dying father. Mr SERABSKI'S mother, who is a widow, resides at 44 Bedford St, with a large family who are plunged into distress.

Messers Thomas COOK and Sons, tourist agents, Lord St, booked the following passengers for the Continent, all whom, it is anticipated were on board the ill-fated steamer.